How is topicalization it's own type of syntax? Are we not taught from ASL 1 that the topic goes at the beginning of the sentence (except if time is incorporated)? This doesn't make sense to me.

Good Question Emily, I remember in Melissa Martin ASL 4 class, she brought up when signing ASL sentence structure, she mentioned this is the order how deaf people speak

Hope this clears it up for you.

It is used in order to emphasize what you are going to say after the topic. You don't necessarily need to use the NMM for topicalization for every sentence, if that what's confusing you. As in English we can emphasize certain words and denote what kind of sentence we are producing through tone, the examples given in the unit explain what to look out for in ASL.

I believe that topicalization is a part of syntax because topicalization involves important non-manual markers that convey specific information. Although topicalization is not always done when signing, it is still a valid part of sign production. When it is done, from my experience, the sentence is much clearer. By raising your eye brows, tilting your head, and pausing it gets the persons attention. Yes, it is taught since ASL 1 because it is so important to distinguish the topic in a sentence. As the book shows you can also change the topic in certain sentences by changing the sign order and using the non-manual markers. Hope this has helped.

The passive voice is basically whenever you put the object (the thing being acted upon) at the beginning of your sentence. And this requires your to raise your eyebrows and tilt your head when you sign the object. The active voice is whenever you put the subject (the person or thing doing the acting) at the beginning of your sentence. Both of these are topic-comment, but the first is called topicalization.

Here is an excellent explanation that I found on another website (http://lifeprint.com/linguistics/topicalization.htm):

A TOPIC-COMMENT sentence structure can use either a SUBJECT-VERB-OBJECT word order, or it can use an OBJECT, SUBJECT VERB word order. When you use "OBJECT, SUBJECT VERB" order you tend to do something called "topicalizing" or you are using "topicalization.“ Topicalization is the process of using a certain set of behaviors to introduce the object of your sentence and turn it into your topic.

At this point in the discussion you might be wondering:
"When should I use passive voice instead of active voice?"

Another way to ask that same question is, "When should you use topicalization?"

Yet, another way to ask that same question, "When should you put the object at the front of the sentence while raising your eyebrows?"

There are several situations when you should topicalize. A few examples applying to ASL are:

1. Unknown subject: When the subject is unknown: MY WALLET? GONE! (I don't know why it is missing, if it was stolen, or who stole it. Thus to state this with active voice I'd have to sign something to the effect of, "SOMONE STOLE MY WALLET" – which takes longer.)

2. Irrelevancy: MY CAR? SOLD! (It doesn't really matter who sold it. Just that the process is over. So why should I waste time explaining who sold it? Maybe it was my friend's uncle that sold it to his coworker. So what. It's gone!)

3. Expediency: MY SIDEKICK? FOUND! (If I explained to you last week that was at the county fair and lost my text messaging device I don't want to have to explain it to you again if you still remember what I told you before. So I sign "SIDEKICK" with my eyebrows up and then when you nod in recognition that tells me you do indeed remember the conversation, then I go ahead and tell you that it was found.)

Some instructors overemphasize topicalization or give the impression that the majority of ASL communication is topicalized. The fact is many (if not most) ASL sentences are simply SUBJECT-VERB (transitive)-OBJECT, example: "BOY THROW BALL" or are SUBJECT-VERB (intransitive), for example: "HE LEFT." 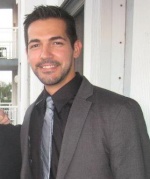